The last paper of the year from the inner depths of our lab has made its way out earlier today. It’s the bigger brother of our reductive olefin coupling paper from January. In a nutshell, reductive olefin coupling allows chemists to break apart molecules into carbon-substituted donor and an acceptor olefins. By using an iron catalyst (available through Sigma-Aldrich if money is no object) and PhSiH₃, one can easily forge a C–C bond between those two components. However, all of the products we made in the last paper could already be accessed using other radical conjugate additions since they proceed through the same intermediates.

The new paper kicks things up a notch by throwing heteroatoms into the mix, expanding the scope beyond carbon substitution. Functionalized olefin cross-coupling allows the periphery to be decorated with various heteroatoms. And by various, I don’t mean just one or two types. I mean NINE different types. We even had a nifty graphic to show this, but it never made it to the final draft of the paper. 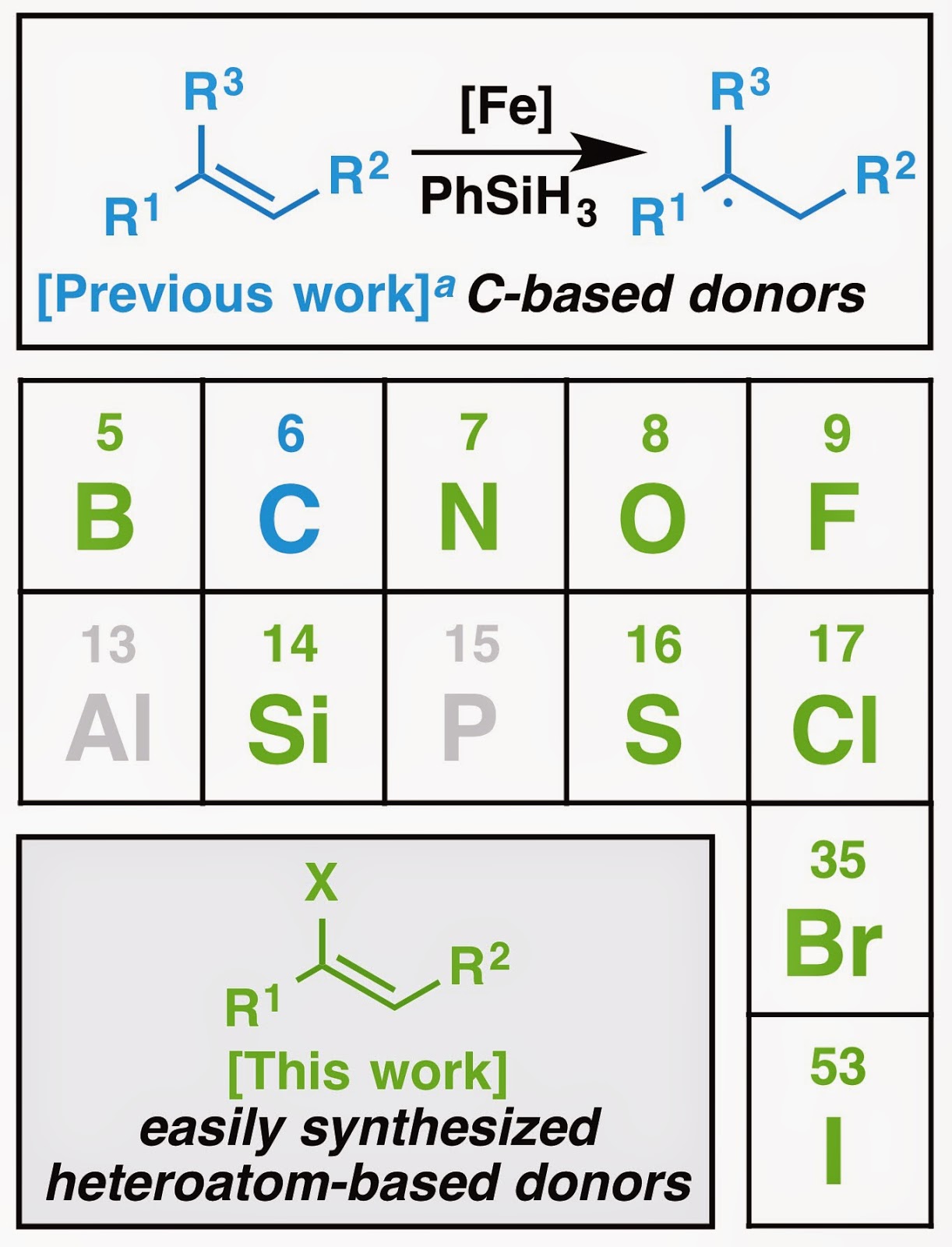 Figure 2. Heteroatoms utilized in this paper.

As you can see from Figure 2, you can have the donor olefin substituted with pretty much any element you would want to use as a synthetic organic chemist. Traditionally, heteroatoms throw a wrench in the generation of nucleophilic radicals, as they result in starting materials that are either labor intensive to synthesize, are chemically unfeasible entities, or lead to functional group incompatibilities or other chemoselectivity difficulties. Functionalized olefin cross-coupling easily circumvents all of these problems, allowing one to use the hundreds of thousands of heteroatom-substituted olefins that are already readily accessible as latent radical donors. The neatest part of the work conceptually is that you can basically treat all of these heteroatom-substituted donor olefins the same regardless of the exact identity of the heteroatom involved. This is unlike traditional heteroatom substituted olefins where the identity of the heteroatom typically dictates the reactivity of the molecule (e.g., the traditional reactivity of enol ethers in no way parallels the reactivity of vinyl iodides).

The bulk of this work is embodied in Figure 3 in the actual paper. It has some generic caption like “Adducts synthesized by functionalized olefin cross-coupling,” but we’ve always internally referred to it as the “carpet bomb,” which was a term coined by PSB himself. What started out as 10 entries began to multiply like rabbits. At one point I was joking with Phil saying, “before you know it Phil, we’re going to have 100 substrates!” and he got this kid-in-the-candy-store look in his eyes. I then realized I pretty much shot myself in the foot at that point, but luckily we capped out at around 60 substrates.

As a consequence of the size of our carpet bomb, we naturally found some cases where our reaction didn’t give the best yields. We actually decided to include some of those in the paper, but we were afraid that the reviewers would reject it if we stuffed it full of too many low yielding results. Since the best part of a paper is finding out what didn’t go so smoothly, I’ve decided to compile a table of around half of our low yielding results, along with a few examples that didn’t make the paper for one reason or another. The contents could be useful for those who just need to make their product and don’t necessarily care about the yield. 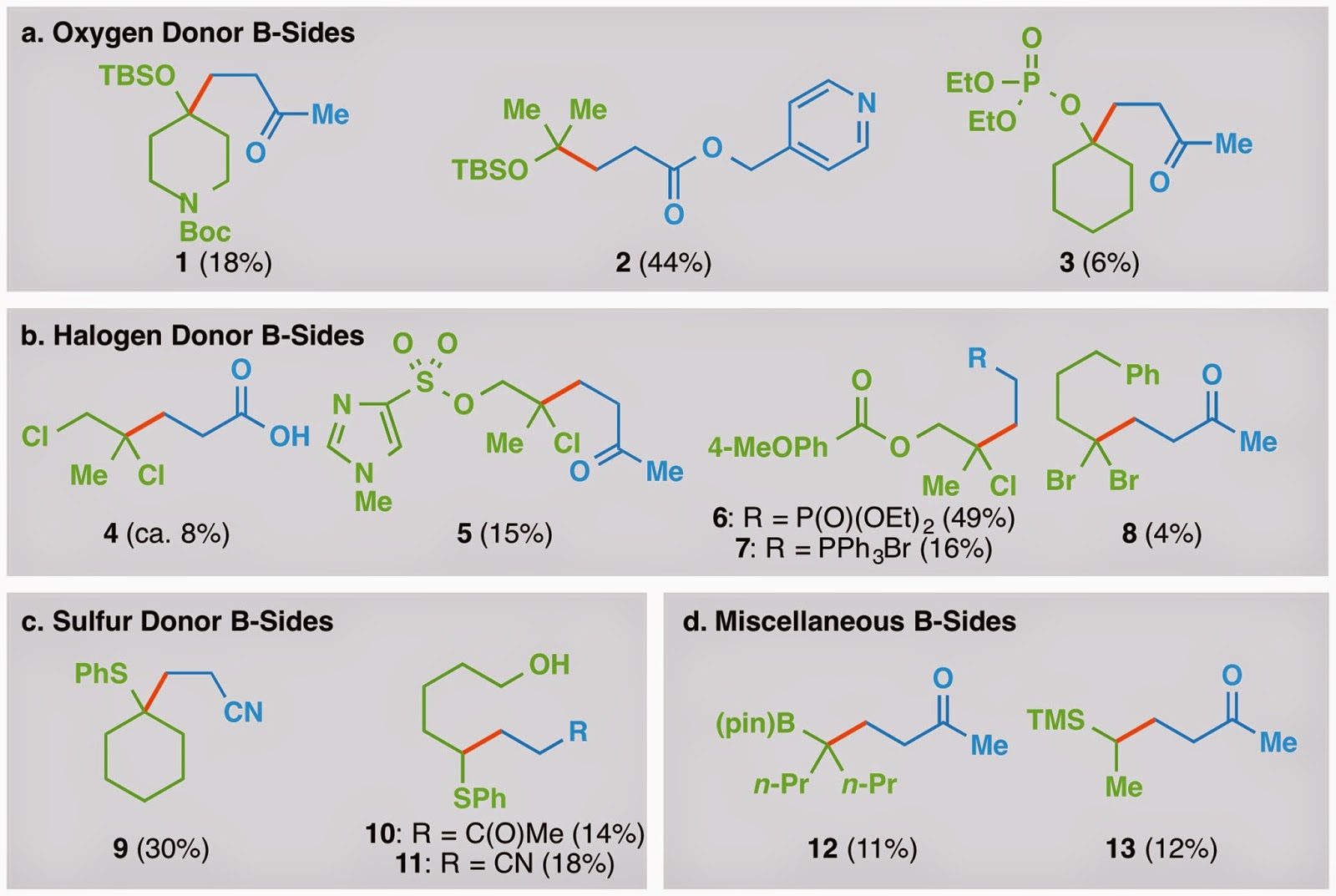 A fair amount of the products in Table 1 were synthesized during some feasibility studies that I ran in February and were never later optimized (see compounds 1, 3, 8, 12, and 13). Truth be told if we got extremely low yields on the initial hit, we usually opted to abandon the donor immediately to find one that gave a higher yield. Dichloride 4 was an interesting adduct since the corresponding donor contained a pretty sensitive allyl chloride functionality. Despite the conditions for our reaction being pretty mild, they still competitively reduced the allyl chloride to generate an adduct analogous to 4, but bearing an additional methyl group instead of the chloromethyl group. Additionally it’s worth pointing out that yields with phenyl vinyl sulfides bearing extra substitution around the olefin (9–11) were pretty low even though the analogous alkyl vinyl sulfides were competent donors (see 51 and 52 in the actual paper).

After we submitted the paper, we realized that we didn’t have nearly enough substrates with nitrogenous heterocycles for a PSB paper, so that’s the reason for the inclusion of pyridine 2 and the super med chemmy 5 in Table 1. We were also able to show post-submission that a vinyl phosphonate (6) and a vinyl phosphonium salt (7) could be used could be used as donors to generate classes of adducts, albeit in moderate yields, that can be used for subsequent Horner-Wadsworth-Emmons and Witting olefinations. 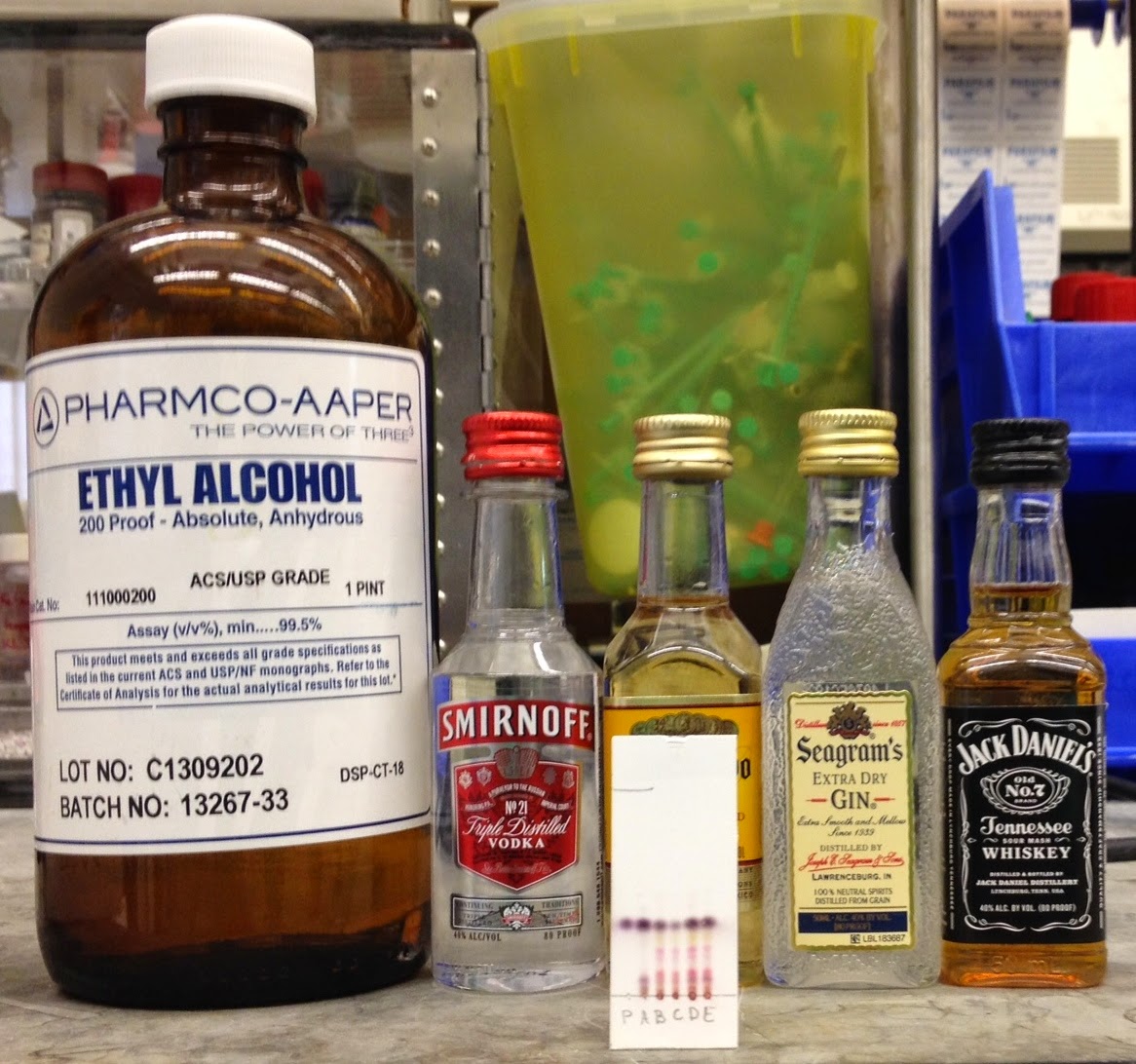 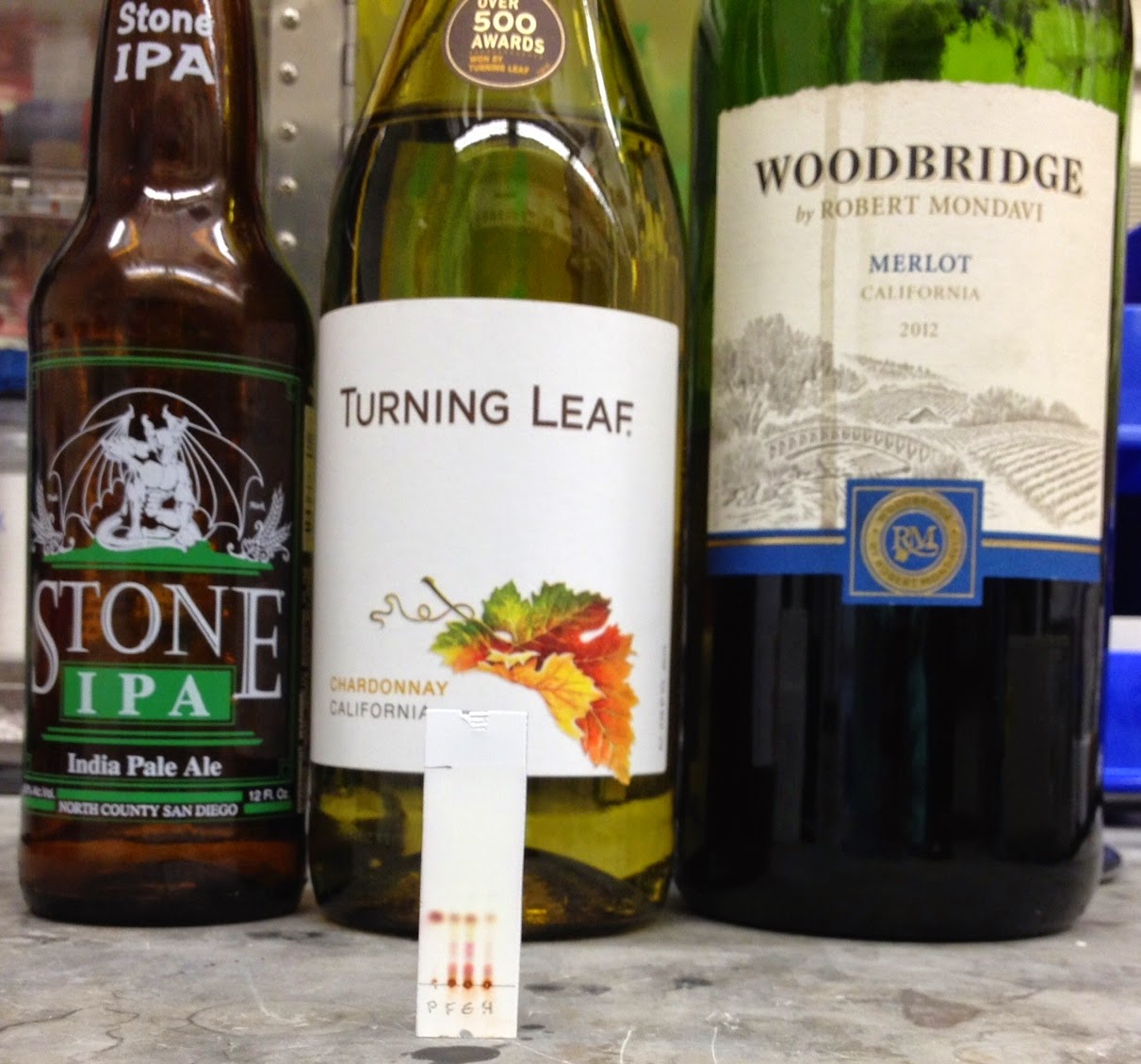 On a less serious note, after group meeting one day, Phil told me to go to BevMo and pretend I was shopping for solvents for our reaction. The thought was that since we typically run the reaction in ethanol, it’d be pretty cool to see if we could also use various spirits as a solvents. Successful couplings would show that our reaction could tolerate a sea of random flavor and aroma compounds. Sounded like a good task for a Saturday and it was an even better Saturday when we found out that it worked! After our first round of success with vodka, tequila, gin, and whiskey, we found that Stone IPA, a chardonnay, and a merlot also worked as solvents. The purple/reddish spot at the top of the TLCs in Figure 3 is the desired coupled product.

For my previous project’s blog post, I made a video of myself setting up a reductive olefin coupling. However, having a seasoned reductive olefin coupler setting up the reaction just doesn't do justice to how easy it really is. What’s now pretty routine for me might not be easy for someone who’s never touched Fe(acac)₃ and PhSiH₃ before. I’ve spent a decent amount of time thinking about people who could possibly make a guest appearance in the video this time. A couple of months ago, I told my mom how she could probably set up the reaction in her kitchen. But from a safety standpoint, it’s probably not the best idea for her to be cooking up methyl vinyl ketone outside of a hood. Then I thought about the lab admin. She’s not a chemist at all—sounds perfect! But she did set up that zinc sulfinate (now branded as Baran Diversinates, name courtesy of Sigma-Aldrich) trifluromethylation of caffeine so she did do some chemistry recently. I needed someone significantly rustier than her. Someone who hasn’t set up any sort of reaction in years…

I eventually found the perfect person to set up a functionalized olefin cross-coupling reaction. It’s so easy, even a PI can do it.