We came across an interesting compound in Natural Product Reports Hot off the Press today: 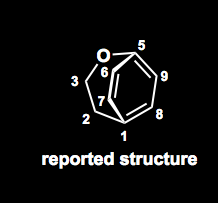 This rather precarious-looking [3.2.2] bicyclic compound was originally isolated from Bacillus sp., in a 2015 report, and the same compound was re-isolated separately from Melocanna baccifera in a new 2018 publication. Curious about this unique structure, we did what any good chemist would do, and attempted to build a model of it. After breaking some plastic we quickly realized that this compound, if it existed, would have to adopt a bent-arene conformation wherein the pi-system of the arene is bent out of conjugation (see haouamine for an example of a real cyclophane that exhibits this behavior).
Seeming to contradict this unconjugated structure were the reported 13C NMR shifts (published earlier by Zeng et al), which were within the expected range of an unstrained para-substituted phenol. Additionally, the reported HMBC data reported by Zeng and coworkers lacked any correlations spanning across the supposed ethereal oxygen (e.g., between C-5 and H-3), which would have provided key evidence for the bicyclic structure. The reported mass [M+H] = 121.0645 is consistent with an [M+H] ion of the disclosed structure; however, it would also be consistent with an [M - H2O] ion from 4-hydroxyphenethyl alcohol… 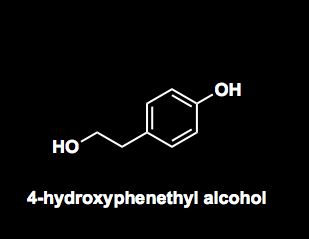 Fortunately, we had a bottle of the latter compound hanging around the lab. A quick NMR confirmed our suspicions – the proton and carbon chemical shift data (see below) for this primary alcohol are exactly the same as those reported by the authors for the "bicyclic" compound. Furthermore, after shooting our commercial material on the LCMS we observed a major ion peak at 121.1 ([M - H2O]), with none of the 139.0754 one would expect for M+H of 4-hydroxyphenethyl alcohol. (EDIT: A kind reader pointed out to us that the much larger peak observed at 107.1 corresponds to [M - MeOH], via C-C bond homolysis to give the benzylic radical cation)
Further, a careful observer of the MS data could have known this off-the-bat: In the 2018 report, the authors ionize the compound on negative mode, and see a large peak at 137.06, corresponding to [M-H] of the (correctly assigned) compound.
Here's our data for commercial 4-hydroxyphenethyl alcohol: 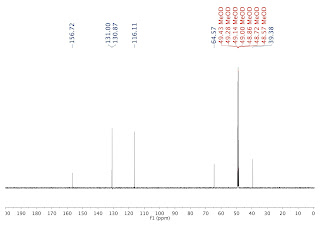 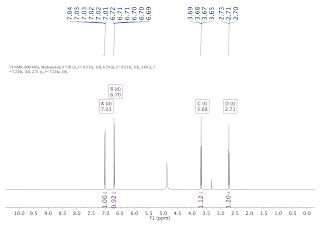 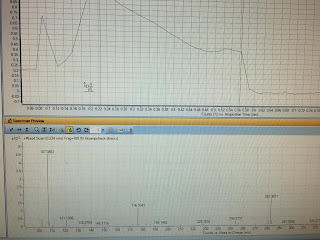 We thus reassign the proposed structure to the much simpler 4-hydroxyphenethyl alcohol.
Our conclusion? If something looks really unusual, check all the reasonable hypotheses before you propose something exotic. Sometimes, things are zebras, but if you hear hoofbeats...it's probably a horse.